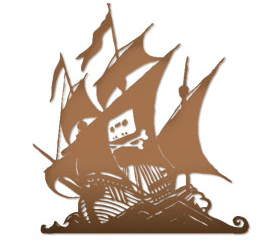 There’s a truism in the world of copyright and media piracy: you can’t compete with free. Thing is, though, you can.

Take me: I’m not a huge connoisseur of classical music — what little I know I know from my dad — but I’m occasionally moved to listen to (or even buy) it. Today I paid £4.99 for Bach: The Cello Suites by Yo-Yo Ma. I’m listening to it now. It was on the front page of iTunes in a series of classical albums going for that price, and although I did quite fancy it (at 2hrs 20mins it’s a bargain), the thing that really made me click ‘Buy’ was the fact that of all the albums in the offer it was the only one to come with liner notes.

Liner notes, surely, are great. What value for money: you thought you were just buying an album, but you’ve bought a wee book with it, a wee essay. They’re always a great read and have often helped ease me into daunting entities like Bitches Brew by Miles Davis. But aside from being entertaining and useful, they’re such a sign of quality. Someone gave enough of a shit about this piece of music to sit down and pour his heart out about it. I may not end up liking it, but I know that some folk surely do.

When I was young, my musical taste rarely overlapped with my dad’s but he had the drop on me in the liner note department. I used to watch him open an opera box set, fish out the first vinyl disc to set playing, and settle back with a mammoth tome that might include an essay, a track listing and the full libretto (in several languages). Nothing in my collection could hope to compete.

The movie equivalent are DVD extras. The promise of superior picture and sound didn’t do much for me before I got my first player, perhaps because I wasn’t migrating from VHS the way everyone else was, but from CD-i, an early incarnation of Video CD which only took off in Asia. The MPEG-1 encoding wasn’t up to much by today’s standards, but it blew VHS out of the water and having sunk several hundred pounds of paper round money into that technological dead end, I was in no rush to invest in new equipment and start building a collection from scratch again. What got me about DVDs were the extras, specifically the director’s commentary. The idea that you could have such a thing astounded me. (It’s a trend that started with LaserDisc — a real movie fetishist format, and one that, thankfully, I spent not a penny on.)

I remember the day we got our first DVD player. I think the discs we got were Jaws and Erin Brokovich, neither had main-feature commentary, although their extras were good, with Jaws in particular being a treasure trove of outtakes and near-forgotten lore. The first commentary track I heard, though, was for Alien. (This is way before the Director’s Cut, btw.) The movie started, Jerry Goldsmith’s score sent tingles, and then, cigar-chomp clearly audible, came a matter of fact voice: “Hello, I’m Ridley Scott.” I was about to watch Alien with Ridley Scott. It didn’t disappoint.

Here’s the thing: this USP of DVDs tends not to appear on any of those dodgy editions you get from the bloke in the pub, or from your AVI downloads. For some reason, the pirates don’t seem to bother with it. This, then, must be the way to beat them! Offer something for money that you cannot get for free.

Even downloads from big vendors like iTunes seem to lack this feature. Sure, they have iTunes Extras, but they tend to be featurettes (the third lowest form of DVD extra, behind trailers and ‘menu’). Considering how easy it is to swap audio tracks in QuickTime movies, why iTunes seems incapable of offering commentaries escapes me. The upshot, though, is that I’ll always pay for the edition that has the best commentary, be it as an audio track, or in a pleasantly compiled booklet.

I lamented in a post a while back about the unwillingness of record labels to use mp3 (or aac) metadata to better effect. Surely at least the lyrics can be contained in the file (you can add them manually in iTunes). Since then, I’ve discovered that iTunes has a version of iTunes Extras for audio called iTunes LP. Initially sceptical, I took the plunge with one when buying some MIKA music to use at work. I bought his The Boy Who Knew Too Much as an iTunes LP and was pleasantly surprised. Essentially, it’s the album in a DVD-style interactive menu with artwork, lyrics, photos and animations. It had no liner notes, right enough, but how much is there, really, to say about MIKA? Most importantly, the individual audio files were accessible just as they normally would, with no nasty DRM. I was so impressed, I immediately checked what else was available in the format and bought The Beatles’ Past Masters vol. I & II (with beautiful liner notes).

(It’s worth noting that, yes, iTunes has often sold pdfs of CD booklets along with albums, but in my experience they’re always formatted just as they are for a CD case and are a chore to read from. The iTunes LP is much, much better.)

Now whenever I’ve bought classical music from iTunes, I’ve been positively amazed at the lack of liner notes. In this field of music, where the listeners are so passionate and fetishistic, you’re expected to buy the whole of, say, The Marriage of Figaro and just listen to it, without commentary or translation. I couldn’t believe it. I suppose the record labels who produce this are niche, and hence small, and would make no return on having all their old tomes converted at least to pdfs for iTunes customers, but still: it used to be the one thing my dad’s record collection would trounce mine on, and now it’s being let down.

So, a wee pdf with Yo-Yo Ma’s record made my pony up a fiver. It’s still playing, by the way, and it was a fiver well spent. Now, if you’ll excuse me, I’m off to read the liner notes.

I LOVE good liner notes. Of course the very best ones offer details of the recording sessions as well.

Bob Dylan’s however are impenetrable.