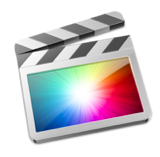 So… Final Cut Pro X, eh? Lot of chatter about it. Lot of controversy.

I bought it the day it came out expecting to jump in and find an editing Nirvana. Instead I found something that made my head hurt. I believe this reaction was not unique. Being slightly busy, I resolved to keep an open mind and give it a proper go when I had the time. Turns out that time is now: six months later!

I want to put my thoughts about it down properly, so I’m not going to do so here, now. I want to finish my initial experiment so I can report fully, but it is getting under my skin. So much so that I dreamt a haiku last night that I could remember when I woke up. It goes like this:

Well, I was asleep.

As a teaser I’ll just say that it’s anyone’s guess if Final Cut Pro X will ever be a contender against the traditional track-based editors in professional workflows, but simply considered as a way of editing video, and especially as a way of managing media, it’s simply marvellous.

There are very good reasons why many pro shops need to switch to Avid (or even Premiere) now that Final Cut Pro 7 has been End of Lifed, but surely that’s good? I had the impression that Avid (or DigiDesign, or whoever they are) weren’t doin’ so hot; it’s good that they’re benefiting, good for everyone. Apple, on the other hand, is doing very well, thank you, and can stand to lose some pro customers in the short term. They certainly no longer need the “life-support” that many pro users felt they gave them in the ’90s. It’s true that the pro market probably kept Apple afloat during those dark times, but I don’t hold with the idea, put forward by some, that Apple now owes those users, and should take profit-killing decisions out of gratitude. Bought Apple gear in the ’90s purely out of charity did you? Wished you were on Windows the whole time? Bullshit. They stuck with Apple because Apple served their needs better than anyone at the time. If that’s no longer the case, take your custom elsewhere. Oh, you have.

Anyway, I’ll give my full account in due course; suffice to say that I don’t hate Apple for Final Cut Pro X, think they might just have done exactly the right thing, but don’t expect it to be any use to high-end broadcast or big-budget movies just yet (or maybe ever, but we’ll see).

how do you rate windows movie maker?
Ive done some sterling work on there.

You have indeed. I’ve never used it, so I’ll just let the results speak for themselves.

Allright Kenny,
i use Camtasia Studio version 7.
Its got better cuts than windows movie maker, and i can always get the video to fit the full screen in youtube, and does it in HD.
cost me nowt.
I had adobe pro, and that was a headache to figure out. Camtasia is nice and simple.
cheers big man