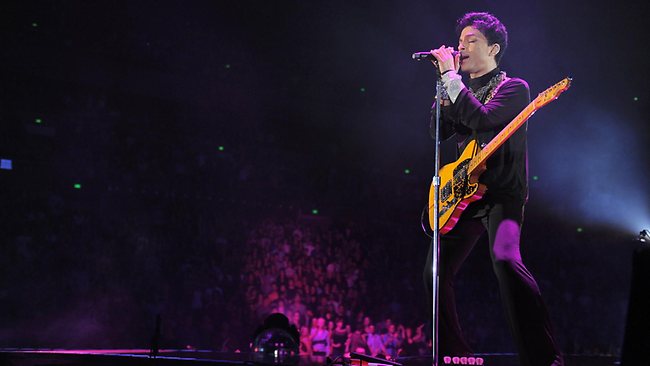 My favourite living musician and recording artist is Prince. I’ll allow that if you don’t like him, you probably really don’t like him. That’s because he’s really good. Not a middle of the road, demographic-studying slave to shifting units. He is a businessman of remarkable savvy and boldness—he does know how to shift units—but he doesn’t pander. Ever. He is, truly, an artist.

If there’s one level-headed criticism levelled at him, though, by fans and haters alike, it’s that he can be self-indulgent. He can, and has, had moments where he’s seemed to go in a direction that’s hard to follow{{1}} [[1]]Could be too brilliant, could be too crap.[[1]] and appeared disdainful of anyone not up for it. But you don’t stay vital and successful in the creative arts by being unconcerned with the audience.

That’s why I liked this exchange in the Melbourne Sunday Herald which came to my attention via prince.org, particularly the part about planning the set list for any given gig. That this supposed diva has an awareness of how long it’s been since a particular part of the world’s heard When Doves Cry and plans accordingly, humbles me.{{2}} That he has designed a major tour so he can appraise the audience on the night and exercise what he calls “crowd control” with his choice of song (and version of song) speaks not of an artist with no regard for his audience.

All too often, though, I’ve been faced with work—short films, mostly—by new artists (and some who should know better) who have utterly neglected the fact that some poor sap’s gonna hafta, y’know, sit through the damn thing. And those’re just the times when I know ’cause I’ve been in the room; they have been countless times when I’ve been an audience member myself with the strong feeling that the value of my time and attention didn’t figure at all in the planning and execution of what I was watching. What’s more, I don’t believe anyone who’s produced in me that sensation has gone on to do great things.

Here’s the editing bit: in our collaborative process, we’re the last chance, the last pair of hands than can make structural changes.{{3}} My little motto is, “50% of the job is having a good, productive relationship with whoever else is in the room,” which means you’re not there to be superior, judgemental or any other dickish thing. You can offer suggestions, you can steer the course somewhat. If—and I must stress that this happens rarely and most often with newbies—no one before you has thought of the poor sap in the audience, then you must certainly not neglect your duty to her. Do, as always, what you can.

After all, even the man who changed his name to O(+> and made Under the Cherry Moon respects and caters to his audience.

[[2]]Maybe I’m romantic, but I picture this role being performed for most great artists by a cigar-chomping manager, pouring over spreadsheets and begging the difficult, temperamental performer to concede—just a little—to commerce. It’s the fact that Prince needs no such person to respect his audience that impresses me.[[2]]

[[3]]Wonders can be performed in the grade and the dub, but what happens and when is (or certainly should be) locked by then.[[3]]

2 replies on “Bow to the Audience”

He’s also no done anything for yonks!

And is strangely unable to grow a proper moustache.

No albums, yeah. He’s been doing long residencies in various places, and the odd song surfaces, but you’ve got to keep an eye on the fan forums to know it.

I think his last few records have been great, but they haven’t set the world alight like in the 80s, when there was a record every year that was always something you’d never heard before.

I’m hoping his break from recording (or, at least, releasing) will let his Tekken-style power bar reach maximum and start flashing, indicating that he’s ready to deliver a killer special move.

Could be, of course, that he’s in his mid-fifties and settling into a Dylan-esque never-ending tour. As long as he swings by the UK now and again, I won’t complain.